What are the cattle tick regulations in your state?

Cattle ticks are one of the most costly cattle parasites in the world, with the estimated cost to the Australian cattle industry alone being around $160 million/year.

Due to their preference for heat and humidity, cattle ticks are found throughout the warmer and wetter parts of the world, meaning their ‘natural’ distribution in Australia is limited to areas around the northern coastal regions. However, modelling shows that without effective quarantine, cattle ticks could survive on the NSW coast as far as Bega and the south-west coast of WA given changing climatic conditions.

Figure 1: Distribution of cattle ticks in Australia and the location of the Tick Line 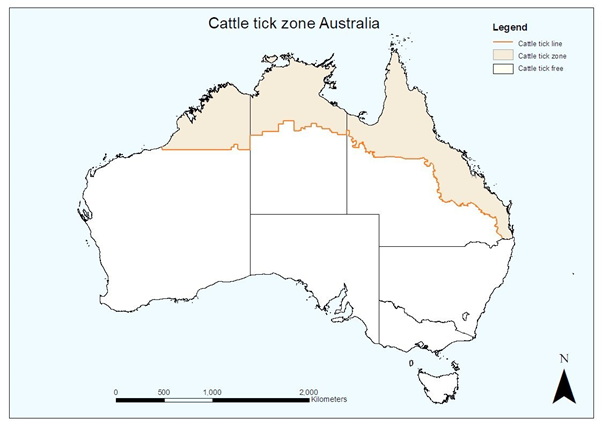 In the 1950s, state and territory policies supported excluding cattle ticks from the areas where they were not endemic. Inspection and compulsory dipping were established to prevent the spread of ticks on cattle. Eradication was seen as unachievable and the best outcome deemed to be preventing economic losses.

Because of this, the three northern jurisdictions put in place ‘Tick Lines’ to control the spread of cattle ticks. 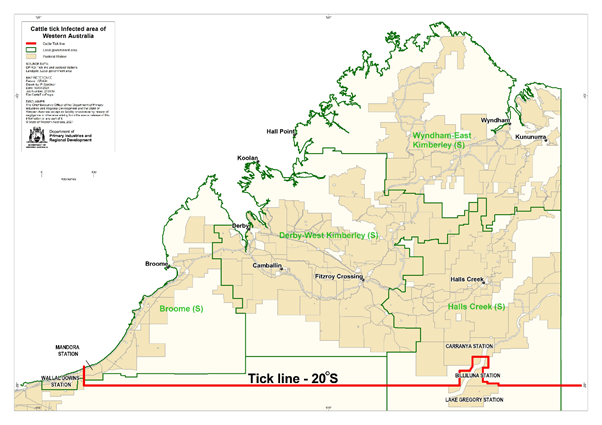 Horses and goats moved across the Tick Line also require a supervised treatment and inspection.

Due to resistant cattle ticks (Parkhurst strain) around Darwin – as well as regions that differ in tick infestations because of varying seasons – NT has four separate regulatory areas for cattle ticks (see Figure 3).

The Parkhurst strain was detected in the late 1990s and is resistant to both organophosphate and synthetic pyrethroid tickicides. Control is necessary to prevent its spread to other areas. 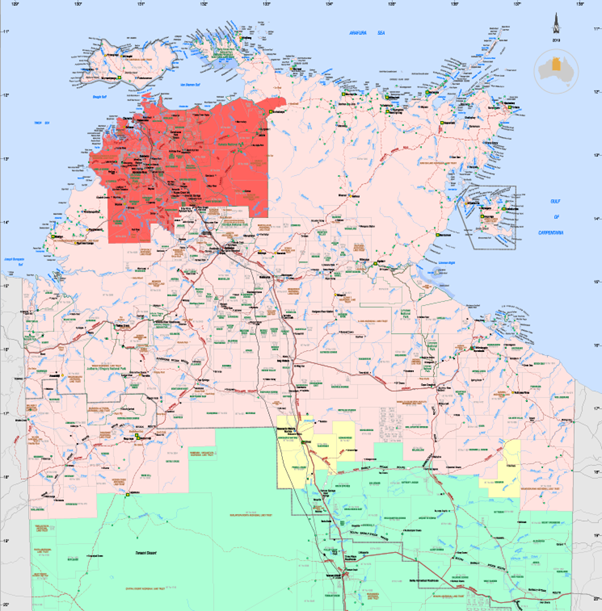 All carriers of ticks are subject to controls when moving across the Tick Lines. This includes supervised treatment and inspection. For details, visit the Northern Territory government website.

Queensland has two tick zones – the tick-infested zone and the tick-free zone (see Figure 4). This replaces the previous scheme that included control zones. 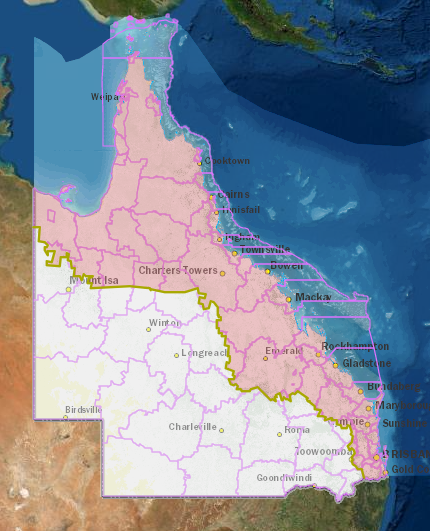 NSW’s official state policy under the Biosecurity Act 2015 is to continue to prevent or eradicate all cattle ticks.

To achieve this, people transporting all cattle (including buffalo, bison and deer) into NSW from the Queensland tick-infested area are required to treat stock with a tickicide (if necessary) and have them inspected and a biosecurity certificate issued by an authorised officer (NSW government) or accredited certifier.

Secondary tick carriers such as horses, sheep, goats and camelids also need to be accompanied by a Record of Movement, available with detailed instructions on the NSW DPI cattle tick page.

For more information on management and control of cattle ticks, see ParaBoss.com.au.