Total Chinese meat imports hit a milestone in March, surpassing one million tonnes swt for the month. This was the largest volume of meat imported in a single month by China, emphasising the nation’s growing significance for global trade. 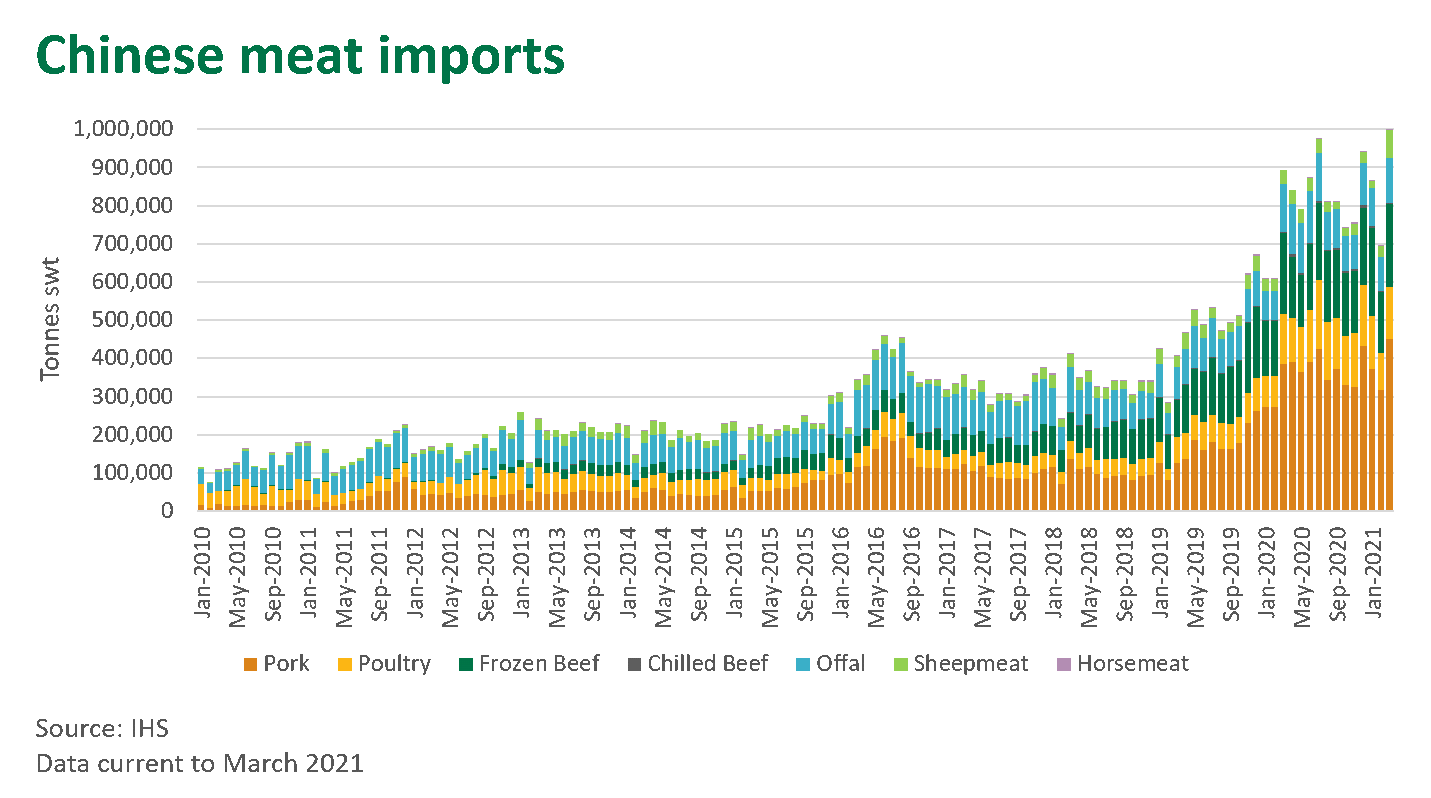 As discussed previously, China is currently managing a new strain of African Swine Fever (ASF), which has been reported in several provinces in China and in Hong Kong. This new strain is estimated to have killed as many as eight million pigs since the start of the year. The outbreak is likely to place further strain on Chinese domestic pork production, leading consumers to supplement shopping baskets with supplies of imported meats as substitutions.

While domestic pork prices have fallen in recent months, imports volumes are expected to remain high, with a supply shortage set to last through the rest of the year. Chinese meat imports in the first three months of the year reached 2.56 million tonnes swt, up 21% from the same period last year.

China has managed to keep COVID-19 infection spread very low, with recorded cases coming largely from overseas arrivals, though 25 cases of domestic transmission were reported on 17 May.

China’s Ministry of Commerce statistics indicate that China’s foodservice sector revenue had recovered to pre-COVID levels by December 2020. This fast rebound in sales was enabled by online and offline business model innovations that were accelerated by the impact of the pandemic.

Consumer spending on premium retail items and dining out has been supported by an increase in per capita disposable incomes, which grew at 12.3% for urban households in Q1 2021 year-on-year, compared to 1.2% for the whole of 2020.

Demand for beef and lamb remains strong. While China pork prices in April were 21.4% lower year-on-year, beef prices were 4.1% higher and sheepmeat 9.4% higher for the same period (National Bureau of Statistics China). Price references for some beef cuts have risen more than 20% since the start of the year, such as shin, shank, chuck and blade. Tightening supply levels from key exporters such as Brazil and Australia have also contributed to the price rise.