Spring supplies eased on 2019 levels last year, off the back of heightened restocker intent, with much of the decline in national slaughter driven by Victoria. The eastern states received widespread rainfall in the December quarter, boosting water stores and pasture cover, priming producers to increase stocking rates. While slaughter numbers also eased in WA, this is largely a reflection of supplies being absorbed by eastern states buyers. Large parts of WA remain drought affected, which has seen heightened numbers of lambs being brought forward, with intentions to rebuild remaining subdued. 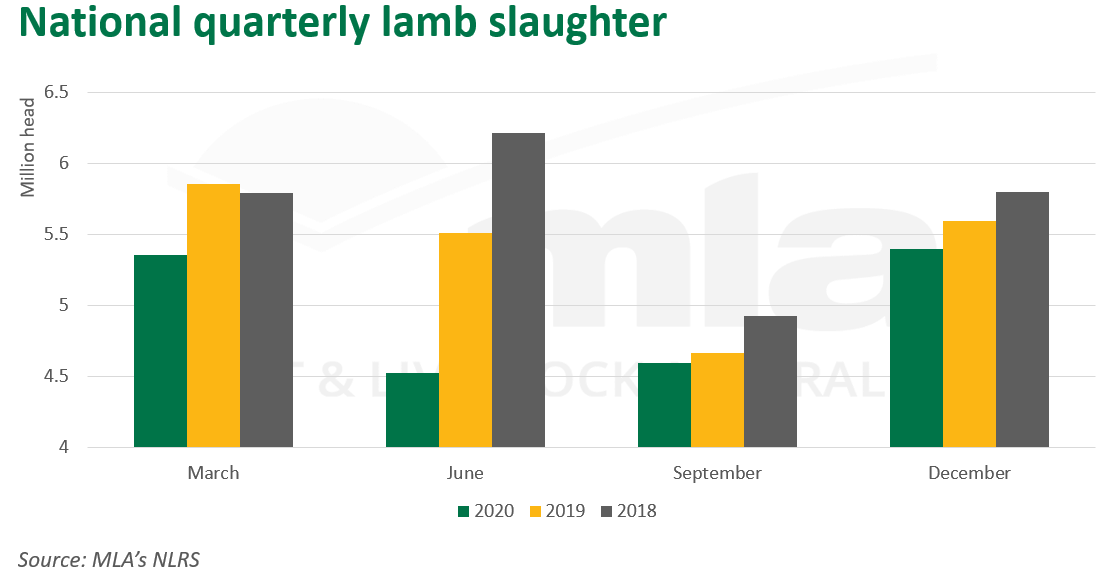 For the December 2020 quarter, national sheep slaughter fell to the lowest level on record, at just below 1.6 million head. Producers were in a better position to capitalise on strong mutton prices throughout the year, which saw the tail end of flocks being brought forward, while the productive portions were retained for restocking. The latter part of the year therefore saw sheep slaughter tapering off, in response to tighter supplies.

The sharp decline in slaughter saw production push down to 41,000 tonnes cwt, almost halving on the December 2019 quarter. Unlike lamb production, which found support from heavier carcase weights, the lift in sheep carcase weights was not enough to offset the decline in total production. 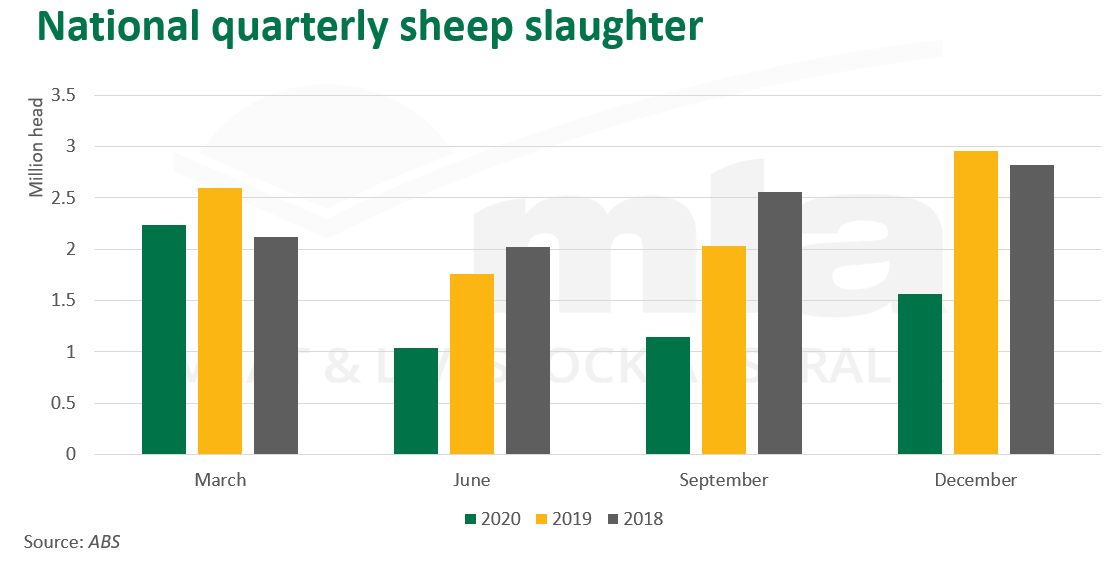