Better fattening conditions after drought-breaking rains in many cattle regions catered for steady lifts throughout 2020, and this has continued in 2021. Current high prices are providing an economic incentive to maximise weight gain, which is contributing to higher carcase weights.

Another contributing factor is the consistent improvement in cattle genetics and gains in the lotfeeding sector that have continuously driven cattle weights higher. 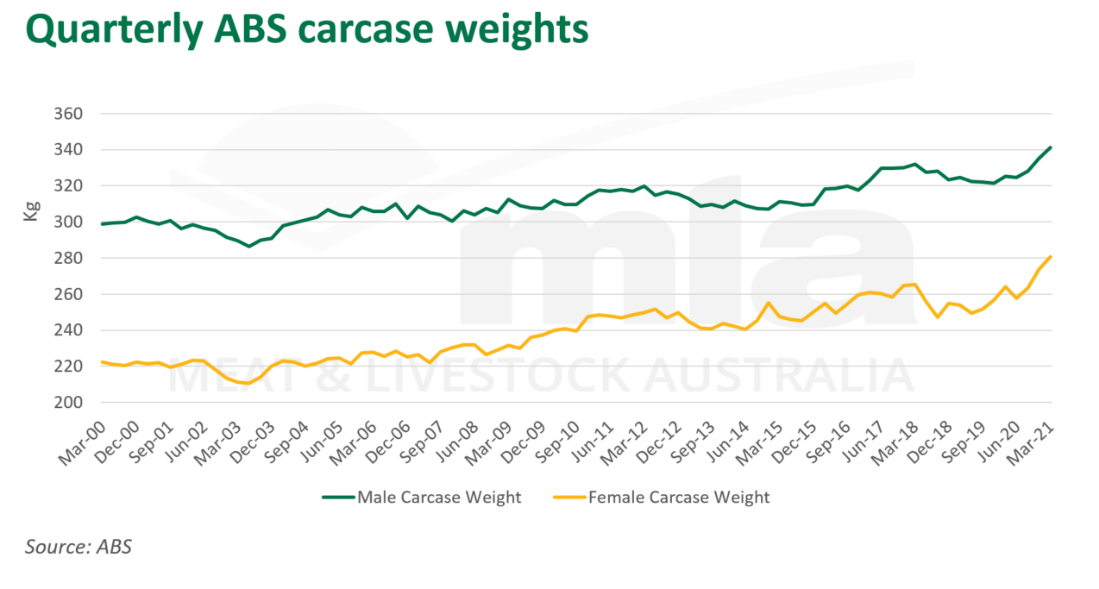 The year-on-year change suggests heightened fluctuations in male to female weight gaps in the last five years, furthered by significant shifts from wet seasons to drought and back again.

Weights should continue to rise if the season prevails and supply remains tight, which will incentivise producers to maximise weight gain with available feed.

ABS March data highlights a continuing decline in the female slaughter rate (FSR), which was 45% for the quarter and 51% over the past 12 months.  For context, since 2000, the FSR is 48%. These figures show significant development in the rebuild, with the FSR expected to continue to decline throughout 2021 as herds build and there is greater retention of breeding stock on farm. 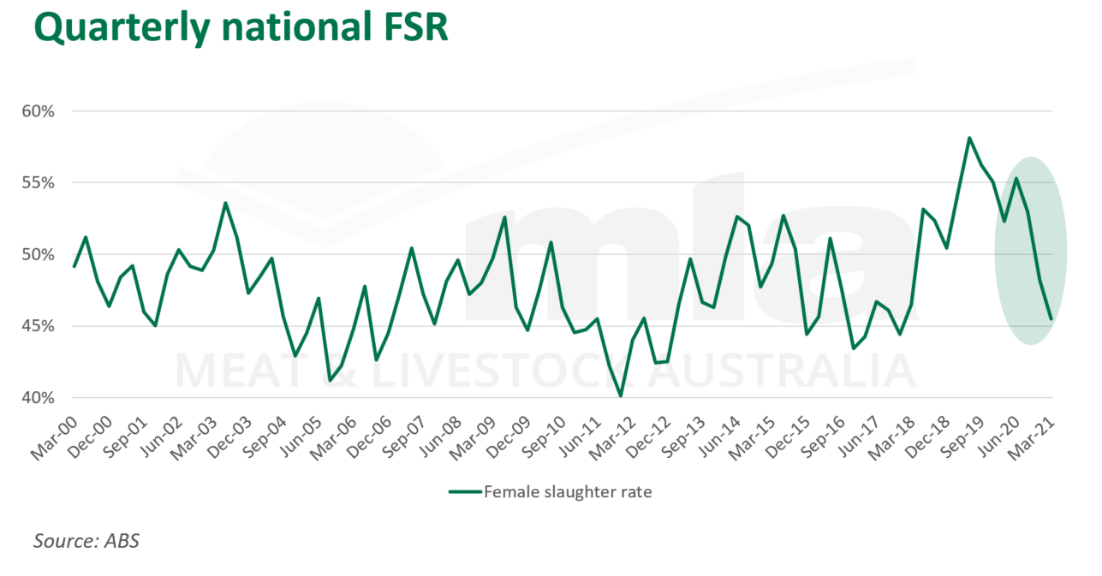 A state breakdown between NSW and Queensland highlights the gap is closing between corresponding FSRs, linked to key seasonal fluctuations and production systems. 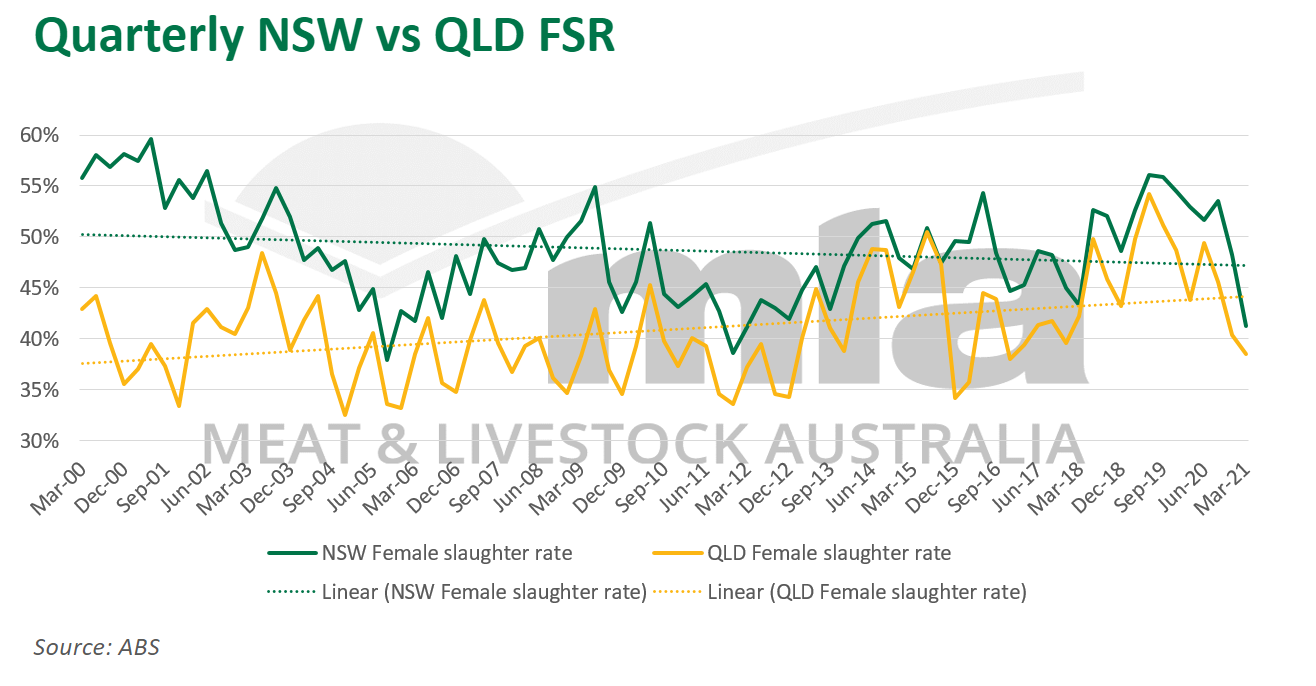 The NSW FSR traditionally tracks lower than Queensland’s, signifying a higher rate of turn-off of female cattle compared to Queensland.

The inclining trend of the NSW FSR since 2000 correlates with the NSW herd declining, particularly in recent years due to drought.