Millions of livestock migrate from west to east

The drought-breaking rain on the east coast that began in March 2020 led to 17,981 head transported east, with numbers rising by 62% month-on-month, or 11,151 head. The onset of widespread rainfall resulted in frantic buying from producers chasing restocker cattle following the drought. These east coast producers were sourcing cattle from wherever they could, including from WA.

Significant rain has created a migration pattern. In January 2021, widespread rain once again fell in eastern Australia and numbers rose by 35% compared to December 2020. This delivered 12,328 head to the eastern seaboard for the month. 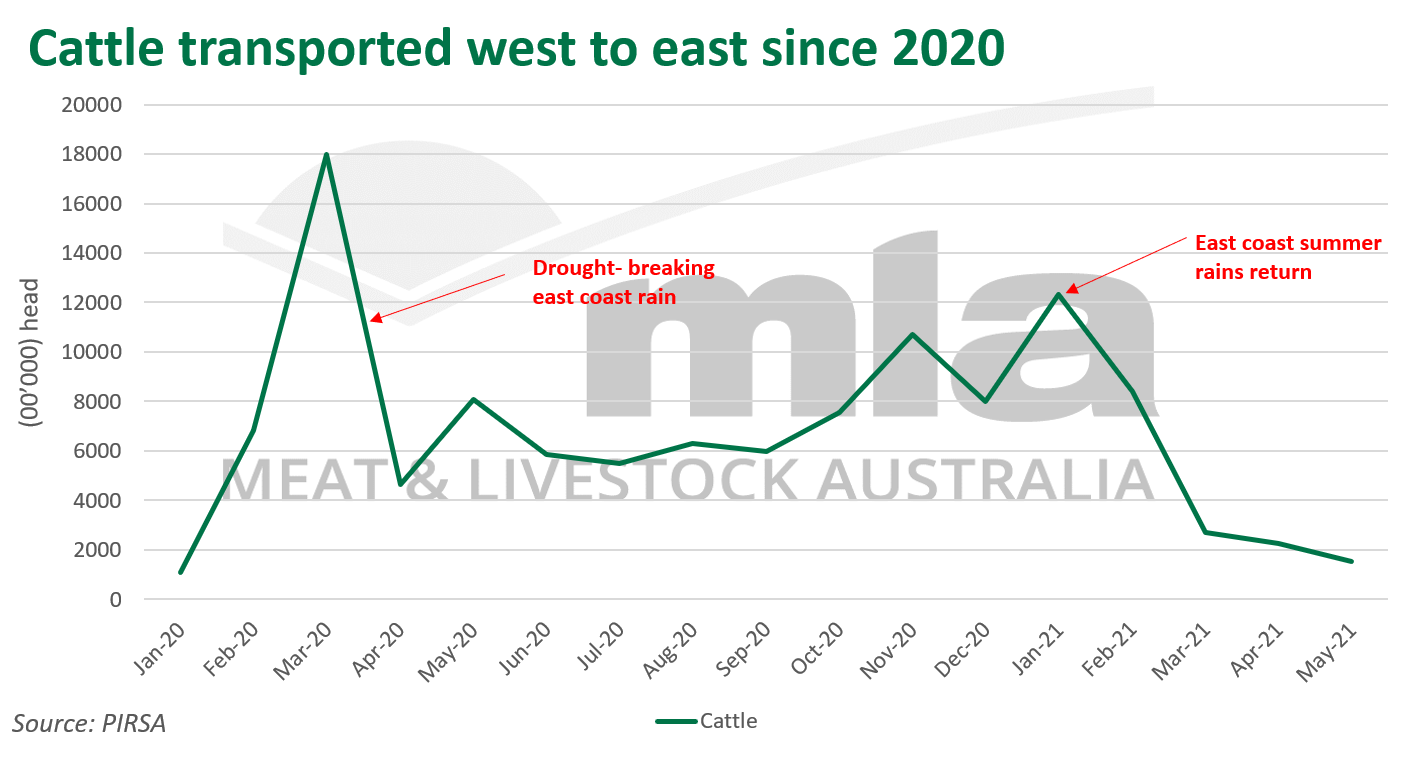 Sheep supply from west to east in 2020 operated parallel with lambs. In May 2020 more sheep than lambs were transported east. In this month there were 35,395 more sheep sent eastward than lambs, totalling 121,792 head for the month.

It is evident that eastern demand for sheep during the early stages of the drought-breaking rainwas insatiable. Following the widespread rain from March to June 2020, 767,000 sheep and lambs were transported from the west to east, averaging 192,000 head a month, well above the traditional average since 2009 of 27,459 sheep and lambs per month. 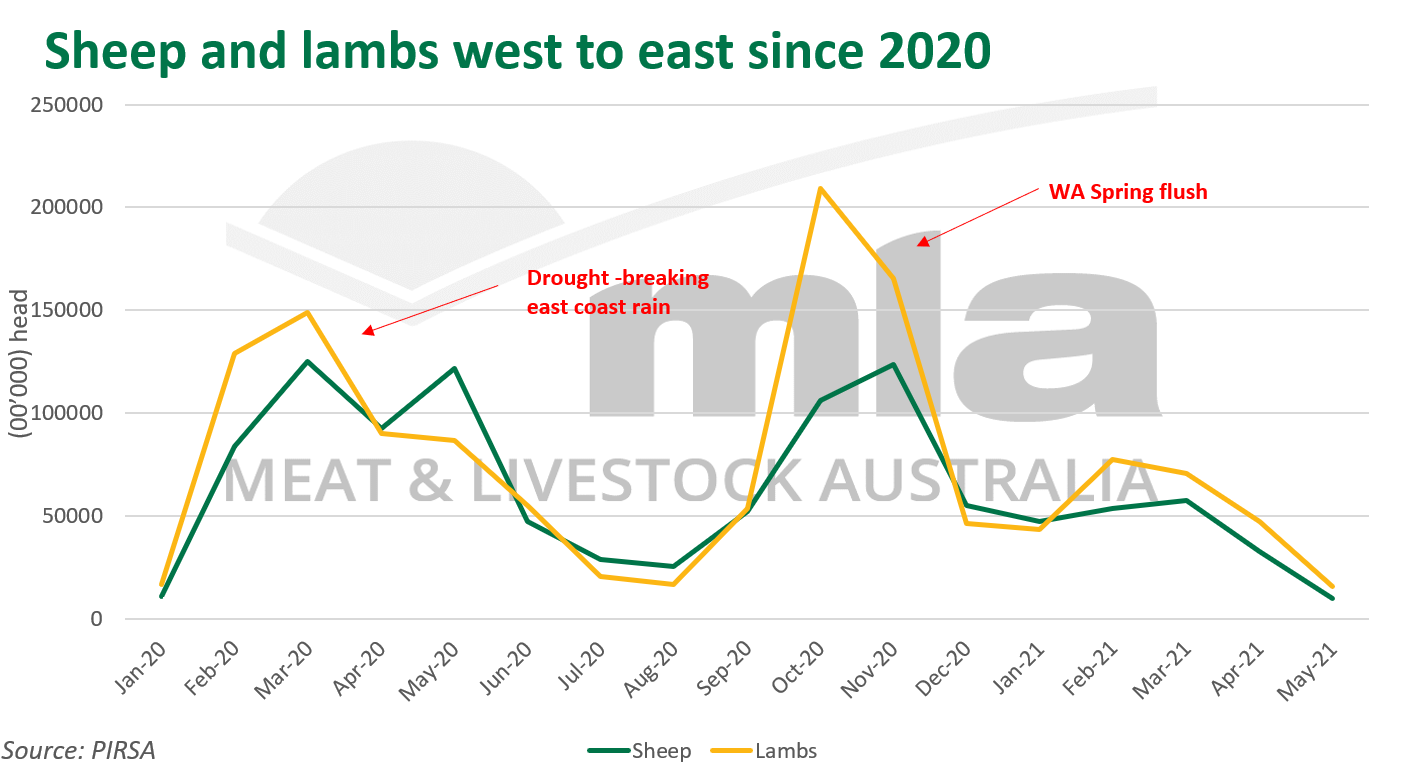 In similar instances to the sheep flock migration, lambs transported experienced a sharp rise prior to, and following the drought-breaking rain around March 2020. When the WA spring flush hit the market, lambs again experienced a sharp rise. This was due to WA producers looking to capitalise on strong market conditions in the eastern states and make better returns on investment rather than selling to the historically softer WA market.