Northern Breeding Business (NB2) is an initiative developed by MLA to address:

MLA’s NB2 project has set the ambitious target to deliver an estimated $20 million/year in net benefits by 2027 to 250 northern beef enterprises.

The NB2 update brings you the latest on The Northern Breeding Business (NB2) initiative. Subscribe to this newsletter for project updates, learnings and practical resources.

The core business of the NB2 program is built around three pillars supported by an integrated adoption and extension program:

The Feedbase pillar focuses on optimising feed production, supply and utilisation for the breeding herd in order to achieve target performance levels in a cost effective manner.

The Sustainability pillar (formerly, the Environment pillar) explores issues related to managing the rangelands and the environment, and the long-term sustainability of the northern beef industry. This pillar clearly aligns to the existing Australian Beef Sustainability Framework (ABSF). NB2 has adopted the ABSF definition of sustainability, “The production of beef in a manner that is socially, environmentally and economically responsible. We do this through the care of natural resources, people and the community, the health and welfare of animals, and the drive for continuous improvement.”

NB2 will provide multiple benefits to northern producers and the wider beef industry, including:

As part of the Pathway to practice, six regionally diverse pilot producer groups have been established across northern Australia to provide direction and insight for the NB2 project. The groups are located across Queensland, Northern Territory and the Kimberley, Pilbara in Western Australia. Find out more.

Any producer who currently operates a beef breeding business in the northern Regional Beef Research Committee regions is welcome to join these groups (provided they meet certain criteria).

To get involved, complete the NB2 Expression of Interest (EOI) form.

After you have completed the EOI, you can complete the Producer Group Registration Form and email it to Tony Parker tparker@mla.com.au.

NB2 will provide producers with a process to identify issues limiting the performance of their breeder herd as well as overall productivity. To address the issues identified, participants will have the opportunity to build a customised, cost-effective breeder herd management plan.

Learn from your peers

Participants will be able to interact and share ideas with other producers in a group-learning environment under the guidance of a consultant.

Over a two to three year period, the NB2 groups will support producers with the implementation and monitoring of herd management plans. Participants will gain a better understanding of their overall business as part of this process.

2. How do I know if I have a reproductive efficiency or calf mortality problem?

3. How much of my time will be involved?

This will be different for each producer. Factors impacting the time involved for each participant include:

There will be several professional development days (in a group-learning environment) a year over a two to three year period. A checklist covering what producers need to do to participate will be provided.

The fee to join an NB2 producer group is $2,000/per business (including GST).

There may also be costs in gathering the required information, depending on the individual’s situation. For example, if you’re not already pregnancy testing (preferably with foetal aging), this will be an additional expense. Some of the recommended changes could involve capital costs, which will be accompanied by a cost-benefit analysis. 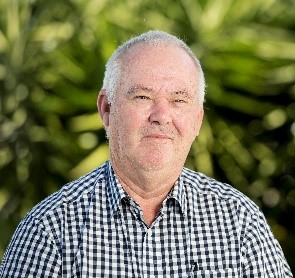 Lee is a veterinarian with an extensive professional background in the beef industry, veterinary practice, academia and research – particularly focused on beef cattle health and production across northern Australia. He chaired the North Australia Beef Research Council from 2014 – 2020, and was formerly Professor of Livestock Health and Production, and the Foundation Dean of Veterinary Science at James Cook University.

With over 35 years working in the northern, cattle industry, Steve has a good working knowledge of most aspects of the beef business and in recent years has consulted and advised in a number of different areas including business management, natural resource management, livestock exports and on-farm animal production and welfare.  Steve has been working as a private cattle industry advisor for the last 23 years.  He has agricultural and natural resource management qualifications. 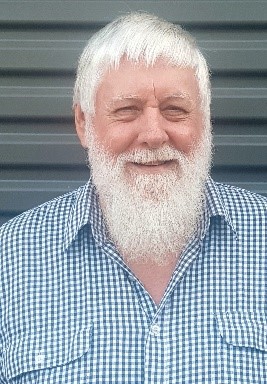 John Taylor has had a 30-year career in pasture research and research management with CSIRO, culminating in the position of Chief, CSIRO Tropical Crops and Pastures.  John was formerly the Director of Rangelands Australia, and a non-executive director on several not-for-profit organisations supporting development of the grazing industry and natural resource management across rural and remote Australia.  As NABRC chair, he brings a strong customer focus, a broad network, systems thinking and skills to engage stakeholders in owning and solving complex problems. 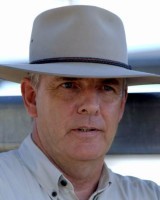 Ed comes from a farming background in the UK and received his Bachelors from Aberdeen University and a PhD from The Grassland Research Institute near Reading. After immigrating to Canada he specialized in forage utilization from both grazed and conserved herbage. His particular interests lay in optimizing forage use in the diet with animal performance and beef quality. For the last 15 years, Ed has worked for CSIRO in northern Australia where he has focused on beef production in extensive, sub-tropical rangelands and savannas.   He is based in Townsville. His current research activities lie in the use of technology to record hard to measure animal and environmental variables in the field and understanding livestock methane emissions from extensive grazing systems.  He has published widely in the scientific and farming press and manages a broad portfolio of livestock research within the CSIRO Agriculture and Food business unit. 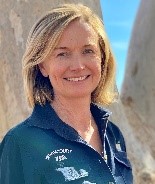 Julie is the Chief Financial Officer of QLD operated cattle and beef enterprise MDH Pty Ltd, and has lived and worked in QLDs northern cattle industry for 22 years.  Julie is a director of Pindora Foods Pty Ltd, a small beef trading enterprise working predominantly in the export markets of Asia and South America. Julie is a mentor in the Beef2021 Graeme Acton program and QLD’s pilot Advancing Beef Leaders program. Julie is a director of the Australian Stockman’s Hall of Fame and Outback Heritage Centre.

Geoff Murrell is the General Manager of Northern Australia Operations for Paraway Pastoral Company managed by Macquarie Agriculture Funds Management. The Northern group has an area of three million, nine hundred and fifty thousand hectares which runs seventy four thousand breeding females and one hundred and sixty thousand head of cattle producing nineteen and a half million kilograms of beef per annum. Geoff’s role is to manage the direction, performance and culture of the North Australian aggregation of properties for Paraway Pastoral Company.

Gus is the Program Manager of MLA’s producer Consultation program. Gus grew up on a mixed sheep and crop farm in South West Australia. He studied Animal Science before working for the WA Department of Ag working in adoption with sheep farmers. After a Masters in Agricultural Economics and a PhD in breeding and genetics Gus worked as a project manager on research projects for sheep and goat production in Europe. Gus worked in the Sheep Genetics team at MLA before switching to the consultation team.