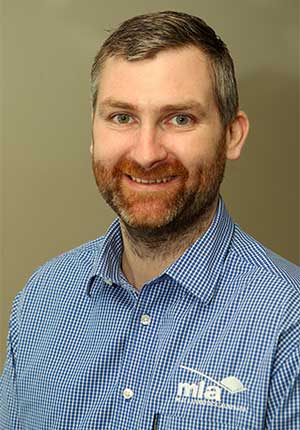 What does this means for industry?
The conclusion of the scoping study is welcome news for our beef and sheepmeat producers and exporters who stand to benefit from greater access to a market of 500+ million people.
Australia’s current red meat access to the EU is limited by a highly restrictive import regime. This involves low volume import quotas (disproportionately low compared with many other supplying nations) and high out-of-quota tariffs.

These complicated and restrictive access arrangements have remained more or less unchanged since 1973 (when the United Kingdom joined the EU) and are designed to protect the EU’s highly sensitive and heavily subsidised agricultural sector.

Now with the scoping finalised, the cogs in the FTA wheel are turning faster and our access to this historically restricted market could soon be up for renegotiation.
There is ample proof in the potential for greater beef exports. After gaining slightly better access (via the High Quality Beef grainfed quota) in 2009, Australia’s total beef shipments are now three times the size and worth 277% more in just six years. But while this increased value is good news for the industry, our market share is still only a drop in the EU’s ocean of consumers - representing less than 0.3% of EU’s overall beef consumption.
For sheepmeat, New Zealand’s EU quota is more than 10 times the size of Australia’s yet on average only 75% filled each year. In fact NZ’s under-utilised portion is still three times greater than Australia’s total quota volume. Australia has been the only supplier to consistently fill its sheepmeat quota in recent years and once fully subscribed cannot grow further as out-of-quota shipments make trade commercially unviable.

What does the scoping study say about European concerns towards an FTA with Australia and potential increased red meat access?
The scoping exercise essentially determines how broad or narrow an Australia-EU FTA trade deal will be. What we know from this exercise is the EU has singled out the need for “specific treatment” of sensitive agricultural products.

This is not a unique concern on our path to an FTA. Similar to Australia’s other trade negotiations; improvements in agricultural market access are expected to be one of the most difficult areas in Australia-EU FTA discussions.

Our industry has faced this scenario previously, particularly during FTA talks with Japan and South Korea who understandably, were both fiercely protective in protecting the longevity of their domestic beef industries from import competition.

Similarly, the EU fears that increased beef and sheepmeat imports will have a detrimental impact on the profitability of their agricultural sector. This fear is usually based on misconceptions about our industry, particularly given our vast land mass, exporter position and assumed ability to ‘flood the EU market’.

When we look at the balance of trade, the scale is tipped well in the EU’s favour.

What are the next steps… and what’s the role of MLA and industry?
The European Commission circulates a draft mandate for approval by all 28 member states before FTA talks can start. The Australian Government will also work through its own, albeit far simpler internal process in preparation for the first round of negotiations.

The EU is expected to table their mandate before summer (by July 2017) and issue a joint statement by all 28 member states before the first round of negotiations officially kick off. If there are no political curveballs between now and December we anticipate talks to start before the end of the year.

Industry’s priority is supporting the Australian Government to obtain long-term access through a bold and ambitious FTA with the EU.

MLA’s advocacy activities are guided by a Taskforce who is the main steering committee responsible for driving liberalised agricultural market access improvements into the EU. The Taskforce is made up of peak industry council representatives and commercial operatives including EU eligible producers, processors and exporters.

The Taskforce also interacts closely with the Australian Government in Canberra and in key EU hubs such as Brussels.

For sheepmeat, Australia’s exports to the EU were worth approx A$120 million in 2016 – our fourth most valuable export market.

So although the EU is a small market for Australia in volume terms, we know the EU community has the ability to pay a premium for quality meat and food products.

By 2020 it is expected that 23% more households will be earning US$35,000 or more. MLA uses this indicator in export markets to benchmark income affordability of (imported, premium priced) Australian meat. The EU comes out on top with 129 million more households expected to increase their wealth in the next few years.

We also know the EU is not self-sufficient in beef and sheepmeat production. The European Commission’s latest Agricultural Outlook report estimates that by 2026 the EU will require an additional 354,000 tonnes of beef and 229,000 tonnes of sheepmeat from overseas markets to meet consumer demand.

Our industry is ideally positioned to help meet this demand. And with many of our competitors already sitting at the negotiating table, industry must aim to establish ourselves as a preferred red meat supplier.